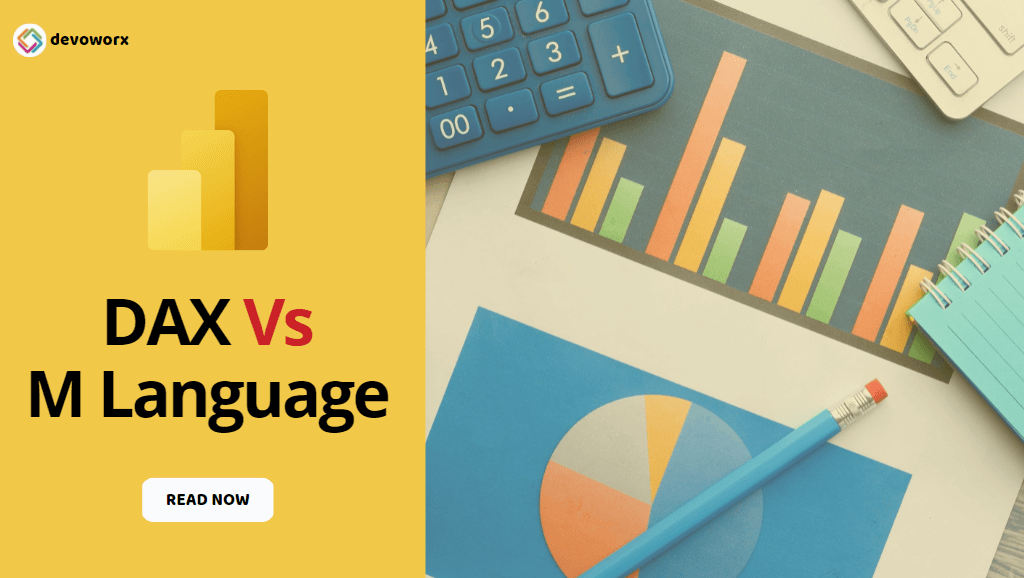 In the previous article Custom Column Vs Calculated Column, we learned if you need to create a Calculated Column in Power BI, you have to use DAX, and on the other side, if you need to create a Custom Column in Power Query Editor, you have to use M language. So in this post, we are going to explain the main differences between DAX Vs M Language by exploring the following:

What are the main differences between DAX Vs M Language?

M Language and DAX are supported by Power BI to manage, manipulate, filter, and analyze the data. but they are not the same and not dependent upon each other and each one has different syntax, structure, and logic.

First, you should know that the M Language is Case Sensitive language, where the Capital letter differ from the small letter.

M language has two main blocks let and in.

Each line in the let section is translated to an independent step in the query settings in Power BI as shown below:

M language like any other language has comments, variables , function …etc.

To define a variable in M language, you can easily type the variable name without defining data type or any additional syntax rules Ex: The Source variable below

But if the variable name is more than one word, so you have to define it as the following

Note: you can use special characters in the variable name in M Language

In the end, M Language and DAX are supported by Power BI to manage, manipulate, filter, and analyze the data. and you should use M language in Power Query to transform Data before it loaded into the Model, and use DAX in Data View or Report view to perform in-depth data analysis after the data loaded in the memory.

How to create a PowerApps Custom Connector from API?

Getting Started with Microsoft PowerApps