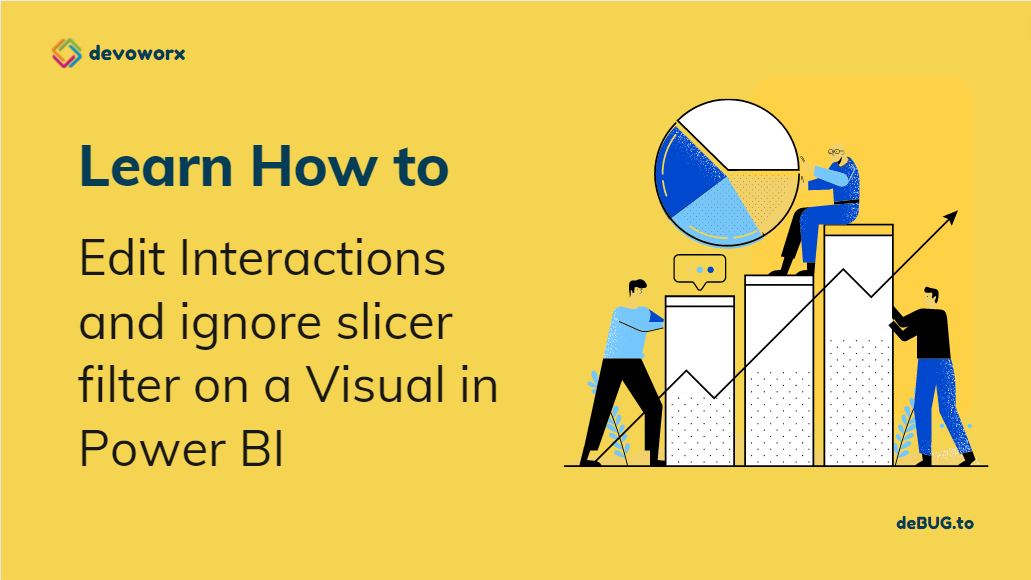 In this post, we will learn How to ignore Slicer Filter in Power BI by editing Power BI interaction settings for a visual.

Also, as a part of Power BI ignore filter on visual, we will focus on the below points:

In Power BI, you can use Slicer to filter other visuals on your report page by adding a slicer visual from the visualizations pane as below.

A slicer is a Power BI visual that used as an alternate way of filtering other visuals in a Power BI dashboard.

When you add a slicer to a report page in Power BI, the default behavior when checking any slicer value will filter all related visuals, as shown in the below image.

But what if you need to stop filtering one visualization or you do not need to filter other visuals in your Power BI based on the slicer, How can you do that in Power BI Desktop?

How to ignore Slicer Filter in Power BI?

By dint of Edit Interactions Power BI feature in the visual format, you can control the interactions between visuals and not filter other visuals in Power BI page.

How to edit interactions Power BI?

As we earlier mentioned, The Edit Interactions Power BI helps you to override the default filter behavior, and interactions set, on a pre-visualization basis.

To exclude a visual from a slicer in Power BI, you have to do the following:

In “Edit Interactions Power BI“, you will notice that there are three options to manage filter behavior for other visuals as the following:

In conclusion, we have learned How to ignore Slicer Filter in Power BI? Also, we have discussed the below topics:

How to use Date function in DAX Power BI?

Power BI: The report execution has expired or cannot be found