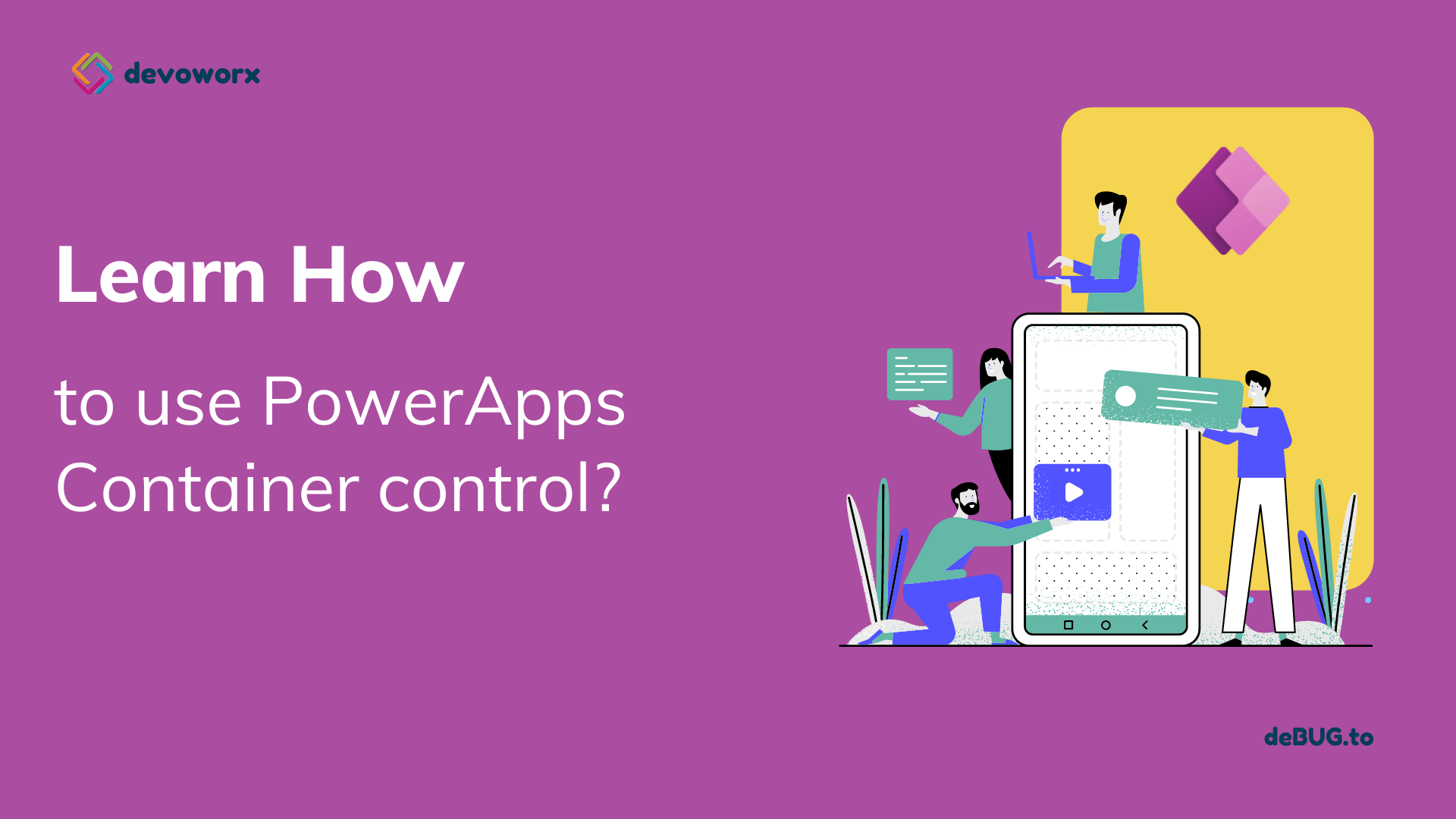 In this blog post, we will learn how to use PowerApps Container? and how to make :

What is container in PowerApps?

In Power Apps you will find three types of containers that you can use inside your app.

Also there are properties for the Horizontal and Vertical controls

You can also remove a container from your screen and when the container control is removed, the controls inside the container are positioned on the page again.

To remove the container,  (…) beside your control and then click on the Remove container as shown in the below image.

What is the difference between group and container in PowerApps?

When using the PowerApps container control for the first time, you might think that this is just the same as grouping with a new name. But a container is more and completely different from the group.

If you want to convert your app groups into containers to simplify your app by using container.

There are some important properties in the vertical container and the horizontal container such as wrap, Direction, Justify, Gap, and Overflow.

Using this property you can convert the container from Horizontal to vertical or from vertical to horizontal it will provide you with two option Horizontal and Vertical, the default value will be your container type that you insert and then you can to convert t to the other type.

Defines how child components are positioned in the container, in the off axis (opposite from LayoutDirection). it willl provide you with four options

Align “Vertical” for the horizontal container

Align “Horizontal” for the vertical container

It controls whether the container displays scrollbars or removes content when it becomes too large to fit. there are two to scroll the PowerApps Horizontal and Vertical container Container

and there are two sub properties for each one of the two properties “Horizontal Overflow ,Vertical Overflow”.

This property is only available for horizontal containers. When the flexible width option is disabled, the width of controls will be whatever is specified in the properties. When flexible width is enabled for a single control within a container, the control will take up the remaining space within the container. If the flexible width of multiple controls is set to On, both will occupy the space left equal to the control portion. If a specific control requires a larger portion of the container’s space, you can specify it in the Fill portion property.

There is no property called Auto height in the PowerApps Container control .you can use the Height property to increase the container height on the app or you can make the height depend on the total sum of the controls height inside that container.

If you have a main container with a height and width of the app screen “parent.height and parent.width”,

you can add the image as the background to the screen and making the container transparent.

How to make the PowerApp responsive using containers?

Containers help in placing objects encapsulated by the container responsively, and we can use the previous properties to help us in the responsive app.