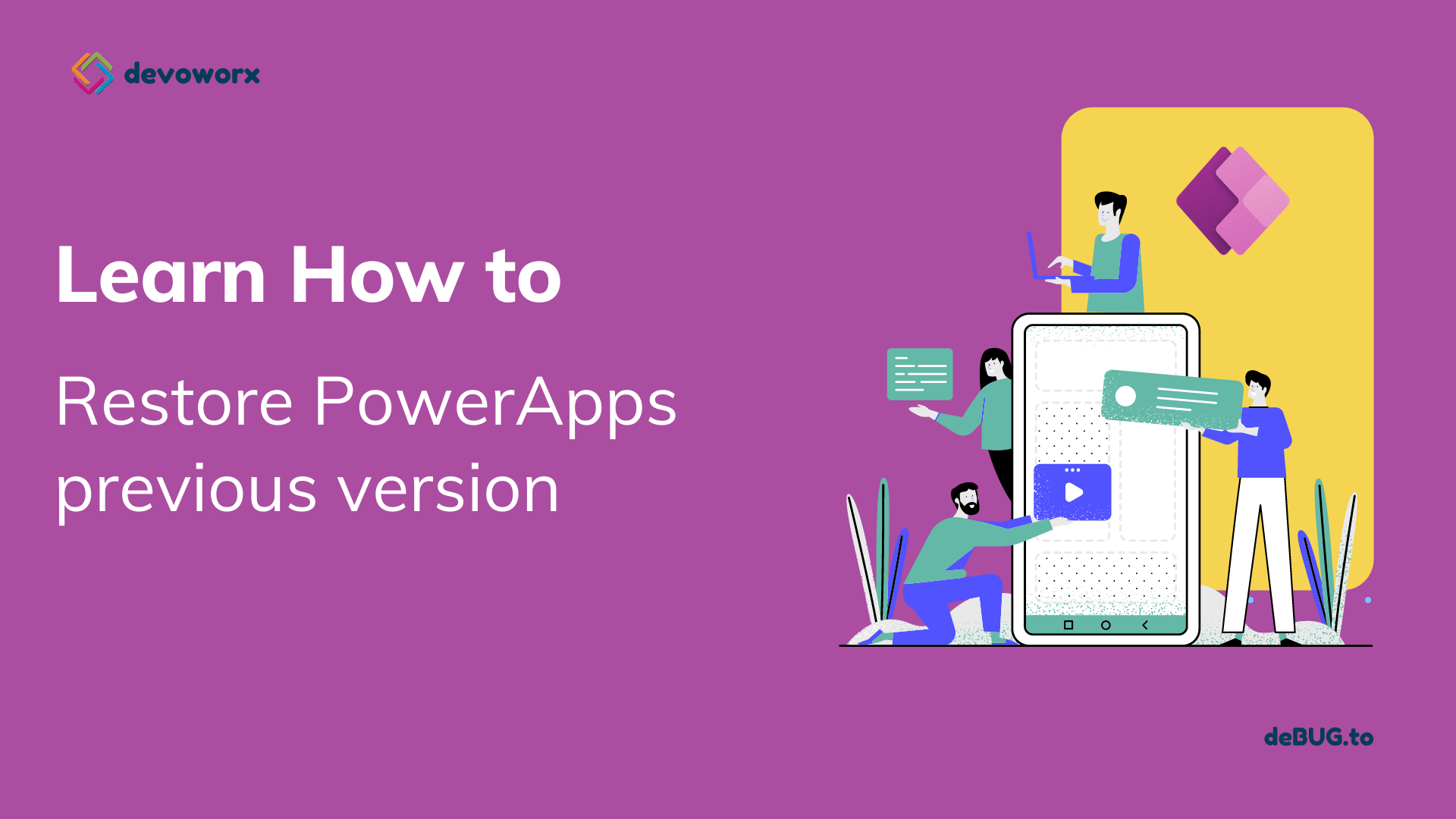 In this post, we will discuss what is PowerApps version history and how to restore previous canvas app versions and what is the live version.

How to view PowerApps version history?

It will open for you the app details and you will find the versions for the last 6 months in the second tab as shown bellow.

as you see one of the version is live version. this mean that it is the version that is avaialbe for all users.

How PowerApps restore a previous version?

You can restore a previous version in your PowerApps canvas app, as it saved for you the last six months’ versions and you can restore your app to one of these versions.

Only the app owner can restore a version of an app.

Confirm by selecting Restore again, It will inform you that the restored version will be saved as a new version, for example here the version that I want to restore is 40 and the last version is version 41, so it will save the version as version 42.

Now your app is restored to this version “version 42

How to use PowerApps value function?